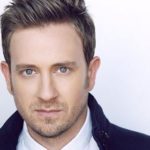 Tom Lenk's Film & TV credits include HBO's "Room 104," "American Housewife," "Transparent,” "Fresh Off The Boat," “Good Girls Revolt,” “I Like You Just The Way I am," “Episodes,” “Witches of East End,” “How I Met Your Mother,” “House M.D.,” “Psych,” "Angel," and "Buffy the Vampire Slayer," "Transformers," "Date Movie," "Much Ado About Nothing" & his dorkumentary "Nerdgasm" available on Amazon! On stage Tom starred in the one man play, "Buyer and Cellar" at Pittsburgh Public Theater and Hartford Theaterworks, and in both the Broadway and original Los Angeles casts of Rock of Ages. Now regarded a FASHUN ICON, Tom's "Lenk Lewk For Less" photos and videos have gone viral with 100's of millions of views and 1/2 a million followers on Instagram (@tommylenk)