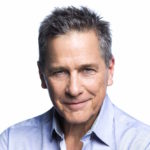 Tim Matheson (born Timothy Lewis Matthieson; December 31, 1947) is an American actor, director and producer perhaps best known for his portrayal of the smooth talking ‘Eric “Otter” Stratton’ in the 1978 comedy “Animal House,” but has had a variety of other well-known roles both before and since including critical accolades for his playing ‘Vice President John Hoynes’ on the television series, “The West Wing,” which garnered him two Primetime Emmy Award nominations for Best Guest Star in a Drama Series. Most recently, Matheson starred in the literary adaptation of “Killing Reagan” portraying Ronald Reagan based on the Bill O’Reilly best-selling book which premiered on the National Geographic Channel in October 2016 earning him a Critic’s Choice Award Nomination for Best Actor in a Movie Made for Television or Limited Series (Cynthia Nixon for Best Actress and the film for Best Movie Made for Television also nominated). Next up, Matheson landed a role in the upcoming Dwayne Johnson starrer “JUMANJI” slated for Christmas 2017 and will appear in the Netflix drama feature “6 Balloons” with James Franco and Jane Kaczmarek to release later this year. Having now entertained audiences over the last 50 years, Matheson is a luminary in the business as he also starred as ‘Dr. Brick Breeland’ in The CW series, “Hart of Dixie,” opposite Rachel Bilson. Not limited to also directing episodes of “Hart of Dixie” during its series run, Matheson has made a career of stepping behind the camera for an array of episodic projects on some of television’s most prominent shows including NBC’s new series “Taken,” TNT’s “The Last Ship,” USA’s “Burn Notice,” “Criminal Minds,” “Without a Trace,” “Cold Case,” “Numbers,” “Drop Dead Diva,” “Suits,” “Eureka” and “White Collar,” as well as pilots for Fox’s “The Good Guys” and the USA Network successful original series “Covert Affairs.” Beginning his career at the age of 13, Matheson appeared in Robert Young’s CBS nostalgia comedy series “Window on Main Street” during the 1961-1962 television season. In 1964, he provided the voice of the lead character in the cartoon program “Jonny Quest” as well as the voice of ‘Jace’ in the original animated series “Space Ghost.” Additionally, he played the role of the oldest son, ‘Mike Beardsley,’ in the film “Yours, Mine and Ours,” which starred Lucille Ball and Henry Fonda. In 1969, Matheson joined the cast of NBC’s western series “The Virginian” in its eighth season as ‘Jim Horn.’ During the final season of the television western “Bonanza” in 1972-1973, Matheson played ‘Griff King,’ a parolee who tries to reform his life as a worker at the Ponderosa Ranch under ‘Ben Cartwright’s’ watch. Following that he portrayed young motorcycle cop, ‘Phil Sweet,’ in the 1973 film “Magnum Force.” In the fall of 1976, Matheson was seen opposite Kurt Russell in the NBC series “The Quest,” the story of two young men in the American West seeking the whereabouts of their sister, a captive of the Cheyenne. In 1978 he co-starred in the acclaimed “Animal House” opposite John Belushi; the following year, he appeared alongside Belushi again in Spielberg’s “1941.” Matheson and Catherine Hicks played ‘Rick’ and ‘Amanda Tucker,’ who operate a detective agency in Laurel Canyon in CBS’ “Tucker’s Witch,” which aired during the 1982-1983 season. He then appeared in the 1983 “To Be or Not to Be” starring Mel Brooks and Anne Bancroft and went on to star in the 1984 comedy “Up the Creek” and 1985’s “Fletch.” Matheson, along with business partner Dan Grodnik, bought National Lampoon in 1989 when the magazine was facing financial decline. They were unable to reverse the magazine fortunes, however, and sold it in 1991. In 1996, Matheson took on the role of a con man who claims to be ‘Carol Brady’s’ thought-to-be-dead husband in “A Very Brady Sequel.” Matheson was seen opposite Ryan Reynolds in the feature comedy “Van Wilder” in 2002, playing the father of the title character, who was inspired by his own character in “Animal House” as a nod to the original film. He was born in Glendale, California, a suburb of Los Angeles, and has three wonderful children from former wife, Megan Murphy. Photo credit: Kate sZatmari