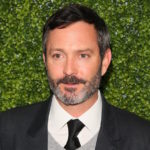 THOMAS LENNON is a writer and actor from Oak Park, Illinois. He attended the Tisch School of the Arts at New York University, where he joined the influential sketch comedy group The State. The State’s hit television series ran on MTV for three seasons and received an Ace Award nomination for best comedy series. After his work on The State, he and his writing partner, Robert Ben Garant, created two more hit shows: Viva Variety, which ran for three seasons and was also an Ace nominee for best comedy series, and Reno 911!, on which he also played Lieutenant Jim Dangle. Reno 911! ran for six seasons. Lennon recently wrapped production on the reboot of the horror film franchise, Pupper Master, with Puppet Master: The Littlest Reich in which he will lead alongside Udo Kier. The original Puppet Master released in 1989 and followed psychics using deadly puppets. In Puppet Master: The Little Reich, which is being produced by Cinestate and Di Bonaventura Pictures, the plot centers on a recently divorced young man (Lennon), who discovers a mint condition puppet in his deceased brother’s closet. All hell breaks loose when he tries to sell the puppet at a local auction. Upcoming, Lennon will co-star with Emmy Rossum, Joel McHale, Will Forte, Matt Walsh and Paul Scheer as Michael O’ Donoghue in Netflix’s feature film, A Futile and Stupid Gesture.Michael O’ Donoghue was an American writer/performer best known for his dark and destructive style of comedy. He was the first head writer for the venerable sketch television show, Saturday Night Live, and a major contributor to National Lampoon Magazine, for which the film is based upon. Lennon will also be seen in the independent dramatic comedy Pottersville, opposite Michael Shannon and Ron Perlman, which follows a beloved local business man who is mistaken for the legendary Bigtfoot during an inebriated romp through town in a make shift gorilla costume. As an actor, Lennon has appeared in numerous films, including Transformers: Age of Extinction, The Dark Knight Rises, Le Divorce, Heights, Conversations with Other Women, Memento, 17 Again, I Love You, Man, Cedar Rapids and A Very Harold & Kumar Christmas 3D. He was seen opposite Cameron Diaz in Bad Teacher and opposite Chris Evans and Anna Faris in What’s Your Number and 2012’s What to Expect When You’re Expecting based on the famous book by Heidi Murkoff. As a writer, he has written for the television series The State, Reno 911!, Viva Variety and Strangers with Candy, and he is the author of four of IFC’s 50 Greatest Comedy Sketches of All Time. Lennon and Garant have written multiple feature films together, including Night at the Museum, Night at the Museum: Battle of the Smithsonian, Taxi, Reno 911!: Miami, Balls of Fury, The Pacifier and Hell Baby. In addition to feature films, Lennon and Garant co-authored, Writing Movies for Fun and Profit. A book about their screenwriting experiences in the land of Hollywood and its “unique landscape.” Lennon and Garant are also Executive Producers on Comedy Central’s hit late night improv panel game show, @midnight. Lennon recently starred opposite Matthew Perry in CBS’ reboot of The Odd Couple, based on Neil Simon's play (and subsequent famous 60s film and hit 70s TV sitcom), which recently finished its 3rd season. Lennon also co-executive produces the reality show spoof Bajillion Dollar Propertie$, which recently aired its 2nd season on NBC’s streaming comedy channel, Seeso and was picked up for a season 3 and 4 in December. He also had a well-received guest star role on Fox’s Lethal Weapon, playing a weasel lawyer named Leo Getz, which is the character made famous by Joe Pesci in the Lethal Weapon films. On the silver screen, Lennon was most recently seen in Terrence Malick’s Knight of Cups opposite Christian Bale. Lennon lives in Los Angeles with his wife, the actress Jenny Robertson, and their son, Oliver.