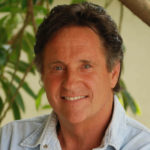 Since making his theatrical motion picture debut in the comedy classic “Airplane”, Robert Hays has starred in over fifteen motion pictures, five television series and numerous movies for television, episodic television series and stage plays. He began his career as an actor at San Diego’s renowned Old Globe Theatre. Feature film roles include the hit children’s adventure “Homeward Bound: The Incredible Journey” and its sequel, “Homeward Bound II,” for Disney, Robert Altman’s “Dr. T And The Women” as well as starring and producing independent “Alex in Wonder.” Various television roles include, the Fox Television hit “That 70’s Show,” “Touched By An Angel,” CBS’s “I’ll Be Home For Christmas”, “Unabomber: The True Story,” for USA Network; “The Abduction,” for Lifetime and “Danielle Steel’s Vanished,” and NBC original motion picture. Hays has starred in several network series including the CBS TV series, “Bette”, “Starman for ABC, “The Kellys” (opposite Shelly Long) for Warner Brothers Television, “Cutters,” the NBC series “FM,” and “Angie.” The son of a Marine Corps Colonel (a much decorated fighter pilot in three wars) Hays moved with his family to a different city every two or three years throughout his childhood. He was born in Bethesda, Maryland and lived in Izmir, Turkey when he was a young boy. Newport Beach, California, was his home during junior high school and Omaha, Nebraska during high school.  Upon entering Grossmount College in San Diego, Hays found that because of his late enrollment, only two classes were still available: track and field, and beginning acting. Having little choice, he took both. He found he loved acting. Soon after, he began his six year residence at the renowned Old Globe Theatre in San Diego, playing in such productions as “The Glass Menagerie, ”The Man In the Glass Booth,”( with Leonard Nimoy) “Richard III”, (with Anthony Zerbe) and “Say Who You Are,” for which he won that theater’s Atlas Award for Best Actor. During his first four years at the Globe, Hays received no payment for his work—which included not only acting but building sets as well. During this time he earned pocket money by taking photographs of actors for their portfolios. He save money by living in his Volkswagen bus and eating a great deal of brown rice. While still in San Diego, Hays landed his first television role, in the David Jansen series, “Harry O”. Encouraged by the experience, he moved to Los Angeles to pursue other roles. Within two years he landed more than two dozen features and guest starring roles in television series and programs, including portraying California writer Bret Harte in the movie for television, “California Gold Rush,” and the title role in the movie for television, “Young Will Rogers.” Hays then made his debut as a series regular on ABC TV’s “ANGIE”, which during its one and a half seasons, placed 5th and 13th respectively, in the seasons –end ratings. During and following the series, he starred in other television projects, including the movie for television, “The Girl, The Gold Watch and Everything,” and in the title role of the NBC TV Play “Mister Roberts.” Hays returned to the Old Globe to star again as Mr. Roberts in late 1995 for a special presentation honoring the theaters 60th anniversary. During his hiatus between seasons of “Angie”, he made his motion picture debut in the feature, “Airplane!” for Paramount Pictures. The success of that film was huge and it broke all records as the highest grossing comedy in theatrical history. Following “Airplane” Mr. Hays appeared in a quick succession of film and television projects such as “Take This Job and Shove It,” opposite (Art Carney and Barbara Hershey), “Utilities,” (opposite Brooke Adams) “Trenchcoat, “Scandalous,”( opposite Sir John Gielgud) Stephen King’s “Cat’s Eye, and Airplane II.” Hays also starred in the title role of the ABC TV series “Starman.” To this day there is a huge loyal fan club. His interests include skiing, flying small aircraft, mountain climbing, auto racing (he’s won several pro-am races) tennis, golf, fly-fishing and horseback riding. Hays lives in Los Angeles with his 28 year old son, Jake.