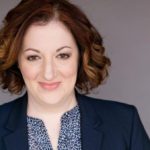 Rebecca Metz recurs in the critically acclaimed, award-winning F/X series “Better Things,” which was recently picked up for a third season. Rebecca returns as “Tressa,” talent manager and friend to Sam Fox (Pamela Adlon.) Before “Better Things,” she was best known for her roles as “Marci” on “Californiacation,” Louis C.K.'s on-again-off-again love interest “Pamela” on “Louie” and for her Emmy-winning voiceover work. In addition to her “Better Things” role, Rebecca appears in the Disney movie “Magic Camp,” coming to theaters in the spring of 2018. Since graduating from the prestigious Carnegie Mellon School of Drama, Rebecca has made her mark on television in a string of memorable guest roles on dozens of popular and critically acclaimed shows, from “Nip/Tuck” to “Weeds” to “Maron.” Most recently, she appeared on “This Is Us,” “Grey’s Anatomy,” “Bones,” “Major Crimes” and in recurring roles on “Lopez” and “Shameless.” A proud Jersey girl born and raised in Bruce Springsteen’s hometown (Freehold, not Asbury Park — look it up), Rebecca was drawn to acting from an early age. Her parents, both classically trained singers who perform in community choirs, inspired her to follow a creative path, as did a favorite childhood TV show. After studying theater and the performing arts in high school, Rebecca was accepted into the highly competitive acting conservatory program at Carnegie Mellon. Early in her career, Rebecca made the most of small roles on “The King of Queens,” “Gilmore Girls” and “Scrubs” among many others. (She once spilled a tray of drinks of Maura Tierney while working on “ER,”— sorry, Maura!) Then she took a huge leap forward with a pivotal, graphic role on Ryan Murphy’s plastic surgery drama, “Nip/Tuck.” Even on a show known for controversial characters, Rebecca’s fearless turn as masochistic patient Abby Mays stood out as one of the series’ most memorable. She began landing more dramatic roles on shows like “Boston Legal,” “The Mentalist,” “Justified” and “Southland.” But her comedic skills have continued to serve her well, too, on “Weeds,” “Californiacation,” “The Mindy Project,” “The Thundermans,” “Maron” and particularly “Shameless” on which she has appeared for three seasons as the foul-mouthed Melinda. In addition to her frequent television and commercial work, Rebecca has appeared in numerous independent and short films, most recently Jake Hoffman’s “Asthma” (2014). She is also a voiceover and stage actor whose theater credits include Sheila Callaghan’”Kate Crackernuts” (24th Street Theatre) and Burglars of Hamm’s award-winning musical, “The Behavior of Broadus” (Sacred Fools).