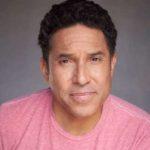 Oscar Nuñez is best known for playing Oscar Martinez on NBC's "The Office." He has won an Emmy, two SAG Awards, an ALMA Award, a TV Land Award and an Impact Award from the National Hispanic Media Coalition for the role. Oscar is also recognized for his roles in movies like "The Proposal," "The 33," and "Baywatch." He has guest starred on TV shows like "New Girl," "Brooklyn Nine-Nine," "Life in Pieces," "It’s Always Sunny in Philadelphia," "American Housewife," "Curb Your Enthusiasm" and lent his voice to animations like "Bob's Burgers," "The Life and Times of Tim," "Home" and the upcoming "3 Below" and "Where’s Waldo?" He has recurred on Showtime’s "Shameless," Comedy Central’s "Reno 911," and created and starred in his own Comedy Central series "Halfway Home." He was a series regular on the USA legal comedy, "Benched" and the TBS sci-fi comedy, "People of Earth." Next up, he stars in "Mr. Iglesias," premiering on Netflix in 2019.