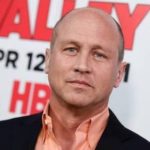 Mike Judge was born in 1962 in Ecuador, but raised in Albuquerque, New Mexico and attended University of California at San Diego where he earned a degree in physics. He worked as an engineer and played bass professionally before MTV picked up his 1992 animated short, "Frog Baseball." MTV decided to spin off "Beavis and Butt-Head" into a show of its own in the 1990’s, with Judge doing the voices of both characters as well as others. His next project was "King of the Hill" for FOX TV. Judge expanded into writing and directing his own live-action films, "Office Space," "Idiocracy" and "Extract." He’s done voices for "South Park," "Family Guy," "Aqua Teen Hunger Force" and acted in Robert Rodriguez’s "Spy Kids" movies. In 2012, Mike resurrected "Beavis and Butt-Head" with twelve new shows for MTV. Currently, Judge is a co-creator, executive producer, writer and director for the Emmy® and Golden Globe® nominated comedy series, "Silicon Valley," which debuted its third season in April, and is currently in production for its fourth season.