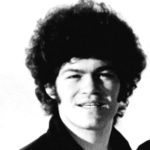 Micky has performed just about every creative role you can in Hollywood: actor, musician, television director, radio personality and theater director. He is of course most acclaimed for his voice, which gave birth to such hits as “I’m A Believer,” “Last Train To Clarksville,” “Pleasant Valley Sunday” and “(I’m Not Your) Steppin’ Stone” all as the singing drummer and guitarist in the multi-million selling Monkees. Coming from a show business family, Dolenz’s first major role was at the tender age of eleven as the lead on the 1956 television series, "Circus Boy." Music and acting competed for his attention throughout the 1950’s, ‘60s and ‘70s. Following the enormous success of The Monkees, Micky moved to England to appear in theater ("Harry Nilsson’s The Point") and further his career as a director, working as a producer-director for the BBC and London Weekend Television. He directed the short feature film, "The Box," written by Michael Palin and Terry Jones of Monty Python, as well Balham, Gateway to the Southwith comedian Robbie Coltrane. In the early 1980s, Dolenz helmed a stage version of "Bugsy Malone"—the cast of which included a then-unknown 14-year-old Welsh actress named Catherine Zeta-Jones. He was also responsible for creating and producing the British children's television shows, "Luna" and "Metal Mickey." His unmistakable comic voice had been heard on a number of Saturday-morning cartoon series including "The Funky Phantom," "Partridge Family 2200 A.D.," "The Scooby-Doo Show," "Butch Cassidy and the Sundance Kids," "These Are the Days," "Devlin," and "Wonder Wheels." Dolenz later provided the voice of Arthur in the first season of the animated series "The Tick." He has also graced the Broadway stage in Elton John and Tim Rice's, "Aida" and London’s West End in the musical version of John Waters’ "Hairspray."