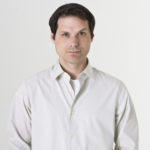 Michael Ian Black is known for such seminal television programs as "The State," "Stella," and "Michael and Michael Have Issues," all of which he co-created, wrote, and starred in. In addition to performing stand-up across the country, Black has appeared in many films and television shows, including "Ed," "Wet Hot American Summer," "Burning Love," "They Came Together," "The Jim Gaffigan Show," "Inside Amy Schumer," VH1’s "I Love the '80s," "The Good Fight," and "Dogs in a Park." He has written best-selling books for both children and adults. Black is the host of the podcast "How to Be Amazing" and can currently be seen on Comedy Central's "Another Period" and "Wet Hot American Summer: 10 Years Later."