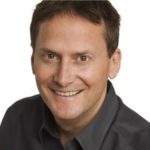 From his critically-acclaimed roles in film and television to his award-winning work as a writer and producer, Michael Hitchcock has earned a solid reputation in the entertainment industry. As an actor, Hitchcock is featured in two of 2011’s most popular films. He portrayed “Deputy Rosko” in Super 8 written and directed by J.J. Abrams and produced by Steven Spielberg, and he also appeared as Kristen Wiig’s boss “Don Choladecki” in "Bridesmaids" produced by Judd Apatow and directed by Paul Feig. Behind the scenes, Hitchcock is currently co-executive producer and a writer on "Crazy Ex-Girlfriend," and he was a Consulting Producer and writer on the multi-award winning hit television series "Glee." Hitchcock’s film acting credits also include featured roles in all of Christopher Guest’s award-winning films "Best in Show," "For Your Consideration," "A Mighty Wind" and "Waiting for Guffman," and can be scene in his latest film "Mascots." Other movie credits include "Serenity, "Wild Hogs," "Operation Endgame," "Smiley Face," "Pretty Persuasion," "Happy, Texas" and "Heartbreakers." Additional television credits include "Up All Night," "Curb Your Enthusiasm," "Glee," "United States of Tara," "Men of a Certain Age," "Entourage," "Party Down," "Desperate Housewives," "The League," "Pushing Daisies" and "Arrested Development." Hitchcock’s additional writing credits include the acclaimed drama "Where the Day Takes You," the comedies "House Arrest" and "The Ultimate Christmas Present." Hitchcock also performed both writing and producing duties on the Fox latenight comedy series "MAD TV."