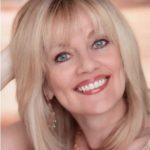 Martha Smith first gained recognition in her debut as southern cheerleader “Babs Jansen”, rival to John Belushi's “Bluto”, (“That boy is a P-I-G, pig!”) in the comedy blockbuster National Lampoon's Animal House. Raised in a suburb of Detroit, it was Smith's early years modeling that first landed her in Los Angeles where her acting career was launched by a chance meeting with the head of casting at Universal Studios. She has since been seen on hundreds of TV appearances, including, from 1983 -1987, starring in CBS hit show Scarecrow & Mrs. King, as wise-cracking intelligence agent “Francine Desmond”, the comedic foil to Kate Jackson’s “Mrs King”. Audiences also remember Martha as “Dr Sandy Horton”, series regular on the popular soap opera Days of Our Lives, and as “Ivory” in CBS TV’s Ebony Ivory & Jade, costarring with Debbie Allen, and in a wide variety of memorable guest-star roles on episodes of Happy Days, Taxi, Hotel, Charlie’s Angels, Dallas, Love Sidney and more. Martha’s 1973 appearance as “Miss July” in Playboy’s legendary centerfold was reprised when Hugh Hefner included her photo in the Playboy Legacy Collection of the top 48 Playboy images of all time, selected from over 15 million in the archives. Martha shares this distinction with such luminaries as Marilyn Monroe, Madonna and Bettie Page. 2010 found Smith performing alongside yet another Belushi, guest-starring on Jim Belushi's series, The Defenders. Subsequently, she was featured in a recurring role on ABC’s GREEK, as President of Zeta Beta Zeta sorority, a contemporary homage to her Babs character. Her most recent project, A Futile & Stupid Gesture, tells the dramatic story of famed Animal House/ National Lampoon writer, Doug Kenney, and is soon to be released on Netflix. Exploring other business ventures, Smith became an award-winning Beverly Hills Realtor, catering to a select group of high-end entertainment and professional clientele, and as such was cast in HGTV reality series Selling LA. (2011-2012) Smith is a former Sr Managing Editor and podcast producer on a national candidate's political website, assisting candidates and causes via writing, fundraising, and advocacy, and is the author of a 2004 e-book on election integrity. Collaborating with the producers of the documentary Vaxxed, Martha is currently preparing to host a livestream digital media interview show, set to debut in 2018, dealing with issues of health freedom. Vaxxed attained the #1 bestselling documentary spot last year on Amazon DVD. Martha is married to singer, Keith England, formerly of the Allman Brothers band, whose voice can be heard on the lead vocal tracks of films “Moulin Rouge”, “The Rocker” and other familiar TV & film projects. Aside from her professional life, Martha is impassioned by nature, hiking, music, travel, health and world affairs.