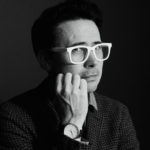 Kevin Whittinghill has performed at multiple comedy festivals and comedy clubs around the country. An SF-based comedian, he produces and hosts the popular science comedy show "You Should Know This!," the public radio spoof show "NPR-Rated Comedy," and "Better Luck Next Time," a storytelling show about epic failures. A self-described geek, he's excited about science and technology, and telling people about his 23andMe results.