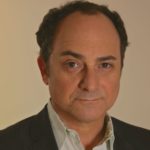 Kevin Pollak started as stand-up comedian in San Francisco, when at age twenty he was the youngest entrant in the SF Comedy Competition. Five grueling, learning and growing years later he had risen to the top. It was time to move to Los Angeles with dreams of appearing on “The Tonight Show w/ Johnny Carson” and being in movies… 200 auditions later, his role in Ron Howard’s “Willow” was enough to get him to the couch of Carson’s “Tonight Show”. Kevin instantly became a regular, chatting with the king two or three times a year until Johnny’s retirement. Although he never did stand-up on the “Tonight Show,” years later, after a few stand-up comedy specials of his own, Pollak was named by Comedy Central as one of the Top 100 Comedians of all Time. In 1992, Pollak’s role in Rob Reiner’s "A Few Good Men,” proved his ability to stand out on the big screen among cinematic icons. The unplanned transformation of Kevin becoming a dramatic actor was further established two years later, when he co-starred in "The Usual Suspects” and Martin Scorsese’s "Casino" in the same year. Kevin has now co-starred in over 90 films. New fortunes found Pollak on the small screen in 2017 when he was offered the part of Moishe Maisel in “The Marvelous Mrs. Maisel.” The series is now Amazon Prime Studios’ worldwide TV sensation, winning over 50 major awards in just 2 seasons, including 16 Emmy Awards. Pollak insists, “Co-starring on this show, with these astonishing actors, and actual genius creator/writers /directors in Amy Sherman-Palladino and Dan Palladino, has been life-changing in the truest sense.” Season 3 drops 12/6/19. Kevin can simultaneously been seen in Pamela Adlon’s award-winning series “Better Things.” Pollak’s first outing as a film director, the comedy documentary “Misery Loves Comedy,” premiered at the 2015 Sundance Film Festival. Kevin then directed the indie comedy, “The Late Bloomer,” starring J.K. Simmons, Jane Lynch, Brittany Snow, Kumail Nanjiani and Beck Bennett. Pollak was also a pioneer in the podcast world with his award-winning “Kevin Pollak’s Chat Show,” featuring the longest on-camera conversations creative icons like Tom Hanks, Larry David or Jordan Peele have ever given. There are 400 interviews to choose from at Kevinpollak.tv. His new all-improvised comedy podcast, “Alchemy This,” has been consistently in the top 40 of all comedy podcasts on iTunes since its debut in October of 2018.