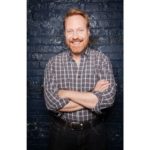 Kevin Allison is the creator of the live storytelling podcast RISK! (www.risk-show.com ), and a member of the legendary comedy troupe The State, known for their series on MTV. He has appeared in "Reno 911!," VH1′s "Best Week Ever," Comedy Central’s "Viva Variety" and "Stella," and HBO’s "Flight of the Conchords." Kevin has written for The Village Voice, The New York Press, Film Journal and more. He has taught sketch comedy and cinema studies at The Peoples Improv Theater, The Philly Improv Theater and New York University. Kevin is the founder of The Story Studio, a school for storytelling.