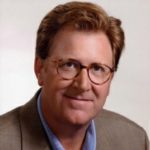 Jamie Widdoes is the current series director of the sitcom MOM. Prior to this, he was the series director of TWO & A HALF MEN, directing over 150 episodes of the series. He’s had an extensive career in the multicam comedy world, directing pilots such as DAVE’S WORLD, TWO GUYS A GIRL AND A PIZZA PLACE, and REBA. He also directed many episodes of hit shows like 8 SIMPLE RULES and KING OF QUEENS. Before his move behind the camera, he appeared as an actor on Broadway and numerous television series, and played Hoover in the seminal comedy classic NATIONAL LAMPOON’S ANIMAL HOUSE.