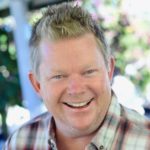 Raised in a small town on the Gulf Coast of Florida, Greg Pitts graduated from the University Of South Florida in 1992 with a degree in Theatre. Touring state fairs and carnivals in a tractor trailer, performing as the MC/Stuntman of a Wild West Stunt Show, he began to desire a more prominent stage. Greg found just what he was looking for when he moved to Los Angeles in '94 landing on the stage of the renowned sketch comedy/improv troupe: The Groundlings. There he trained for the next three years. Soon after, Greg co-created/wrote the critically acclaimed live sketch comedy smash "Smooth Down There" catching the attention of agents and managers, leading to more substantial opportunities. Pitts immediately landed starring roles opposite Damon Wayans on the FOX TV show "Damon" and soon after as John Goodman's son on the FOX comedy "Normal, Ohio." And while many more opportunities would come on TV and film, one of his most notable film characters remains the smug talking DREW (aka "the oh face guy") in the 20th Century Fox cult film phenomenon "Office Space." Greg will next be seen in a two episode guest starring role on season 4 of the TBS comedy "The Detour."