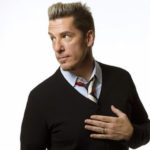 Greg Behrendt is always busy! In 2009, "He’s Just Not That Into You," the movie based on his bestselling book, opened in theaters nationwide and was America’s number one movie. Behrendt’s second comedy special, "That Guy from That Thing," was released by Image Entertainment after premiering on Comedy Central and Greg made his Edinburgh Festival debut at The Assembly Rooms. In 2010, Greg wrote half hour sitcom pilots for CBS and NBC, produced and starred in "There Might Be Cake," an unscripted pilot for IFC, and performed stand-up at both the Melbourne and Montreal International Comedy Festivals. He also worked as a Consulting Producer on NBC’s "Love Bites," and launched the podcast "Walking the Room" which he hosts along with Dave Anthony. In 2011, Greg headlined an episode of "John Oliver’s New York Standup Show," performed stand-up at the Cape Town Comedy Festival in South Africa and began touring his Starfish Circus show, a live version of the "Walking The Room" podcast with Dave Anthony. In 2012, Greg has performed stand-up at the Montreal, Melbourne and New Zealand International Comedy Festivals and wrote a comedy pilot for AMC with Hank Azaria and Jerry Stahl. So far in 2014, Greg has also been working as a creative consultant for the upcoming Oxygen series "My Crazy Love," and has continued to tour his stand-up all over the world, including a trip back to the Melbourne Comedy Festival in April, which kicked off an 8 week tour of Australia. So far in 2015 he has continued to tour clubs all over the country, as well as returning to festivals such as San Francisco’s Sketchfest and a return to Australia and the Melbourne Comedy Festival. Greg is the co-author of the three-million-copy bestseller, "He’s Just Not That Into You," and established himself as a voice of reason and inspiration for all of us negotiating, and sometimes drowning in, the treacherous waters of romantic relationships. Co-authored with "Sex and the City" story editor, Liz Tuccillo, the book became the publishing phenomenon of the year after its release in September 2004. The book shot to the #1 slot on the bestseller lists worldwide, including The New York Times, Wall Street Journal and USA Today. Oprah Winfrey devoted two shows to Behrendt and the book’s simple, but powerful message. Behrendt also made numerous television appearances including NBC’s "Today Show," "20/20" and "Larry King Live" on CNN. After a fierce bidding war, New Line Cinema acquired the film rights to "He’s Just Not That Into You." The film was released worldwide on February 6, 2009 with a stellar cast including, Jennifer Aniston, Drew Barrymore, Scarlett Johansson and Ben Affleck and helped propelled the paperback edition of the book back to the top of the best seller lists. In 2005, Behrendt, with his wife and co-author Amiira Ruotola-Behrendt, released a follow-up relationship book through Broadway Books/Random House. Offering straight talk, tough love, and hilarious (yet useful) tips on how to survive and get over break-ups, the book titled "It’s Called a Break-Up Because It’s Broken," immediately jumped to the top of the book charts including the Wall Street Journal, Amazon.com, Barnes & Noble.com, and The New York Times. They are currently writing a screenplay based on this book titled "The Breakup Buddy." Their latest book "It’s Just A F*@#ing Date" has just been released and is already topping the iBooks charts. Behrendt was a consultant for three consecutive seasons on HBO’s "Sex and the City" in which he brought his original male point-of-view to the writing staff. His acclaimed stand-up comedy has been seen on HBO, "The Tonight Show," "Late Show with David Letterman," "Late Night with Conan O’Brien" and Comedy Central. He was named by Variety in 2001 as one of the “10 Comics to Watch.” In April 2006, he was honoured by COSMOPOLITAN magazine as one of the twelve “Fun, Fearless Males”, and in 2006 Behrendt launch the self-titled syndicated talk show, The Greg Behrendt Show, for Sony Pictures Television. The show featured Behrendt’s signature humor and advice when it comes to all kinds of relationships – including those with family, friends, romantic partners and relationships in the workplace.Behrendt currently lives in LA with his wife/writing and producing partner Amiira and their two daughters.