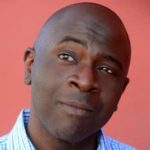 Gary recently appeared in the films "The Internship" with Vince Vaughn and "The Factory" along with John Cusack. You can catch him in new episodes of "Whose Line is it Anyway," "Mike and Molly" and "Baby Daddy." He has recurred on "The Soul Man," "Raising Hope," "Malcolm in the Middle," and "Weeds." He was a series regular on "Boston Legal" as well as "Blue Collar Comedy." Film work includes "Harold and Kumar Go to White Castle," "Undercover Brother" and "Soul Plane." In animation, he plays Uncle Ruckus in Aaron McGruder’s "The Boondocks," Riff Tamson in George Lucas’ "Star Wars: The Clone Wars," and both Mongul and Mongal in "Batman: The Brave and Bold." Gary appears in several Disney shows including series regular characters on "Doc McStuffins," and Sheriff Callie’s "Wild West." Gary is very pretty. Oh yeah, he’s also the co- founder and artistic director of the largest short comedy film festival in the world (for reals), LA Comedy Shorts Film Festival. He’s proud to be a member of the all-black, ass-kicking improv show, The Black Version and its podcast sister, Blackout Television.