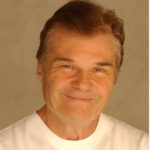 Fred Willard radiates a unique charm that has established him as one of our generation’s most gifted comic actors. A master of sketch comedy, Fred is most heralded for his quick wit and improvisational expertise. Fred is an alumnus of The Second City and was a co-founder of the comedy group Ace Trucking Company which appeared on "The Tonight Show with Johnny Carson" over fifty times as well as being regulars on "The Tom Jones Show." Fred has appeared on Jay Leno’s "The Tonight Show" as reoccurring character Willard J. Fredericks, and as a number of other characters such as Skippy Hussein, President Clinton’s dog, Buddy, and Christopher Columbus. Jay Leno calls Fred, “The funniest man in the world.” Fred and Martin Mull co-starred in the ground breaking comedies "Fernwood 2Night" and "America 2Night" and was honored by the Museum of Television and Radio. He was nominated for an Emmy for best daytime talk show host for "What’s Hot, What’s Not," and for his role on "Everybody Loves Raymond." He was co-star of the critically acclaimed WB TV series "Maybe It’s Me" and the FOX TV series "A Minute With Stan Hooper." He’s beloved on the big-screen as well, particularly for his roles in the Christopher Guest comedies "Best in Show," "A Mighty Wind," "Waiting For Guffman" and "For Your Consideration." Fred and his award winning playwright wife, Mary, ran a weekly sketch comedy workshop, The MoHo Group, formed back in 1994. He first appeared at SF Sketchfest with his Hollywood Players in 2003; returned six years ago for a Fernwood reunion with Martin Mull, and has been a regular festival fixture ever since!