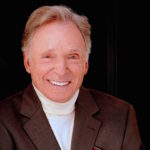 Three-time Emmy Award winner Dick Cavett has been nominated for the award eleven times - most recently in 2012 for the HBO special, Mel Brooks and Dick Cavett Together Again. Spanning five decades, Cavett’s television career has defined excellence in the interview format. He started at ABC in 1968, and also enjoyed success on CBS, PBS, USA and CNBC. His most recent television successes were the PBS specials, Dick Cavett’s Watergate (2014), and Dick Cavett’s Vietnam (2015). He has hosted numerous other shows as well, including Faces of Japan for PBS, and HBO specials on magic (a special passion of his), and three HBO series: Time Was, Yesteryear, and Remember When. With guest appearances on numerous television programs, including Cheers, The Simpsons and The Odd Couple, Cavett has also appeared in a dozen feature films including Beetlejuice and Forrest Gump. Cavett has hosted Saturday Night Live twice, and occasionally sat in for fellow Nebraskan Johnny Carson on The Tonight Show, where he started as a writer for Jack Paar and Carson. After many radio and stage productions at Yale University, and later at summer theatre festivals including Williamstown, Cavett made his Broadway debut in 1977 as the lead in Otherwise Engaged. He returned to Broadway in 1988 as the narrator in Stephen Sondheim’s Into the Woods, and also played the narrator, often ad lib, in the Broadway production of The Rocky Horror Show (2000-2002.) He recently starred in an off-Broadway production of Hellman v. McCarthy in 2014 and reprised the role at Theatre 40 in Los Angeles in 2015. Cavett has published four books beginning with Cavett (1974) and Eye on Cavett (1983), co-authored with Christopher Porterfield. His two recent books—Talk Show: Confrontations, Pointed Commentary, and Off- Screen Secrets (2010) and Brief Encounters: Conversations, Magic Moments, and Assorted Hijinks (2014)—are both collections of his online opinion column, written for The New York Times since 2007. Additionally, he has written for numerous publications including The New Yorker, TV Guide, and Vanity Fair.