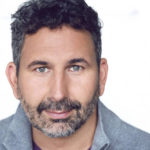 Craig Cackowski has been seen on your television as a regular cast member on "Drunk History" and as Officer Cackowski on "Community." Other film and television appearances include "Veep," "Newsreaders," "Comedy Bang Bang," "The Mindy Project," "How I Met Your Mother," "Trust Us With Your Life," "Workaholics," "The Kings Of Summer," "21 And Over," and "Year of The Dog." He has been involved with the iO and iO West Theaters as a performer and teacher since 1992. In Chicago, Craig performed with the Second City Mainstage and ETC, and travels to Portland, OR every year to play Scrooge in Second City’s "Twist Your Dickens." He may also be heard on the long-running podcast "The Thrilling Adventure Hour," playing such characters as Colonel Tick Tock and Banjo Bindlestuff, and as a frequent guest on Paul F. Tompkins’ improv podcast "Spontaneanation."