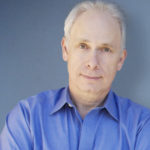 Christopher Guest directed and starred in "Waiting For Guffman," "Best In Show, "A Mighty Wind," and "For Your Consideration," all of which he wrote with Eugene Levy. He also directed and starred in "This Is Spinal Tap," which he wrote with Michael McKean, Harry Shearer, and Rob Reiner. He received a Grammy Award for the soundtrack of "Best In Show" and an Emmy for "The Lily Tomlin Special." Most recently, he co-created and directed HBO’s "Family Tree" with Jim Piddock, and co-wrote and directed "Mascots" for NETFLIX.