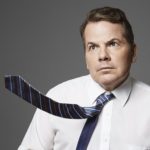 Bruce is a member of the The Kids in the Hall who recently returned to TV with the two series “Death Comes to Town” and “Young Drunk Punk.” Bruce spends most of his time in L.A. where he writes and produces for network and cable television. He’s also known as the creator of ABC’s“Carpoolers.” His latest project for CBC TV, “Young Drunk Punk” is a show inspired by his own life that aired in 2015/16. Bruce both wrote and starred in it. He has written and/or directed several films including “Dog Park” starring Luke Wilson, “Superstar” starring Molly Shannon and Will Ferrell,“Stealing Harvard” starring Jason Lee and Leslie Mann and “Comeback Season” starring Ray Liotta. Bruce has also recently acted in episodes of “Workaholics” and the Netflix season of “Arrested Development.” His first book, “Let’s Start a Riot,” was released by Harper Collins in Fall of 2014. He has written or performed several one-man shows includingTwo-Headed Roommate, Jazz Stenographers, Slightly Bigger Cities, The PinkDot Stories in San Francisco and extensive touring of Young Drunk Punk. Bruce has two spoken word/ comedy/ music CDs: Shame-based Man and The Drunk Baby Project.