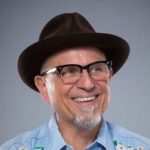 Over the past several months, Bobcat has been on the creative fast track. As one of the most recognizable comedians in show business, Goldthwait unleashed his one of a kind brand of comedy in his new Showtime one hour special entitled “You Don’t Look the Same Either.” The new stand-up special features riffs on politics, divorce, going broke, and his career as a director of film and TV. The genre-defying "Police Academy" alum returns with a self-deprecating and topical instant comedy classic, taking the audience on a hilarious journey through his 30 year career as an eighties icon, to the guy who lit the "Tonight Show" set on fire…literally! Bobcat’s new special “You Don’t Look the Same Either” is now available wherever DVD’s are sold. Goldthwait’s inimitable talent for writing and directing is clearly displayed in his newest movie “God Bless America.” The new flick premiered May 11th in theaters across the country and definitely has America talking. Bobcat’s often off the beaten path style of creating movies allows audiences to experience films that other artists may have never dared to attempt. His new black comedy stars Joel Murray and Tara Lynne Barr in a modern day Bonnie & Clyde in which a middle-aged guy and a young girl go on a killing spree inspired by hatred for the garbage glut of ‘reality’ TV shows. “…It might be Bobcat Goldthwait’s best film to date” says the Boston Phoenix. The New York Daily News says “Goldthwait is at his best when he attacks with intelligence and humor.” The A.V. Club describe Bobcat’s new film best saying “the key point about “God Bless America” is that it’s extreme but not exaggerated, a dark comedy that indulges –and questions –a violent, misanthropic fantasy about laying waste to the Cultural landscape while staying grounded in a recognizable reality,” or as the director himself words it “It’s a violent film about kindness.” He has come a long way since his first film “Shakes the Clown” that he wrote and directed back in 1991. Bobcat went on to make many more movies including “Windy City Heat,” which Matt Stone (co-creator of South Park) called “beyond genius.” “Sleeping Dogs Lie” marked Bobcat’s third feature film as a director. Written by Goldthwait, and financed by friends and pawn shops, the movie was shot entirely during a two week hiatus from his job directing “Jimmy Kimmel Live.” “Sleeping Dogs Lie” was hailed as, “earnest and improbably moving,” by Esquire Magazine and “demonically funny and surprisingly sweet,” by Rolling Stone. Then, in 2009, Magnolia pictures release Goldthwait’s fourth film titled “World’s Greatest Dad” that stared Robin Williams. Since his first appearance on David Letterman at the age of 20, Bobcat has expanded his resume, directing movies and sharing his behind the camera talents on shows such as; “Jimmy Kimmel Live,” “The Demetri Martin show,” “The Chappelle Show,” “The Man Show,” and “Crank Yankers.” Best known for his unforgettable movies that were huge in the 80's, Bobcat has also starred in several HBO specials and a slew of television appearances to numerous to mention. Bob continues to push the envelope with his unique brand of humor headlining major comedy clubs across the country. Photo by Robin Von Swank