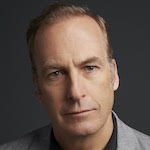 Bob Odenkirk is an Emmy® Award-winning comedy writer, producer, actor, and New York Times best-selling author. In 2015, Odenkirk reprised the character he originated on the hit drama "Breaking Bad," playing the title role in AMC's "Better Call Saul," which has earned him two Critics' Choice TV Awards, three Emmy® and Golden Globe® nominations, and two SAG Award nominations. Season 4 of "Better Call Saul" is due to premiere in summer 2018. Odenkirk also serves as a producer. For his work on Saturday Night Live, Odenkirk garnered an Emmy® Award for "Outstanding Writing in a Variety or Music Program" in 1989. The "Motivational Speaker" sketch Odenkirk wrote for his friend Chris Farley, which originated at Second City in Chicago, was recently named by Rolling Stone magazine as the best SNL sketch of all time. In 1993, Odenkirk earned another Emmy® Award for writing on "The Ben Stiller Show." Odenkirk co-created and starred in "Mr. Show with Bob and David," which ran on HBO for four years (1985–1989) and has been called "the American Monty Python." As an actor, he has brought to life many film and television characters, including Stevie Grant in "The Larry Sanders Show," ex-porn star Gil Bang in "Curb Your Enthusiasm", Ross Grant in Alexander Payne’s acclaimed feature film "Nebraska," and Bill Oswalt in the FX series "Fargo." Over the years, Odenkirk has been instrumental in helping emerging comedy writer-performers get their work on the air. He was an executive producer of Tim Heidecker and Eric Wareheim’s first Adult Swim series, "Tom Goes to the Mayor," and was a consultant on their subsequent shows "Tim and Eric Awesome Show, Great Job!" and "Check It Out! with Dr. Steve Brule." In 2013, Odenkirk teamed up with the young comedy group "The Birthday Boys" to executive produce their sketch show on IFC, which ran for two seasons. In 2016, Odenkirk was seen in the four-part sketch show "With Bob and David," which he starred in and executive produced with David Cross. Later, he was most recently seen in "Girlfriend’s Day" on Netflix, which he also wrote; "No Activity" on CBS All Access; and Steven Spielberg’s "The Post," alongside Meryl Streep and Tom Hanks. In June 2018, Odenkirk loaned his voice to Disney Pixar's "Incredibles 2." He is also teaming up with STXfilms to develop, produce, and star in the action thriller "Nobody," and is currently in development on the FX miniseries "Night of the Gun," based on the memoirs of late New York Times columnist David Carr. Odenkirk also co-wrote, along with David Cross and Brian Posehn, the New York Times best-seller "Hollywood Said No!," a collection of their unproduced screenplays. In October 2014, McSweeney’s published a book of Odenkirk’s comedy writing, titled "A Load of Hooey."