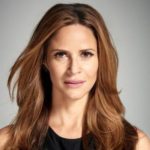 Andrea Savage is a comedic actress, writer, director and producer. Her original series,"I'm Sorry," which she writes, stars and produces, premiered on truTV in July 2017 to high network ratings and critical acclaim. Season 1 of I’M SORRY is also available to stream on Netflix. Season 2 will premiere on truTV in January 2019. As as actress in television, she can be seen as President Laura Montez on HBO’s"VEEP," Helen Basch on Showtime’s "Episodes," Vivian Stoll on CW’s "iZOMBIE," and as Rhonda on HBO’s "Curb Your Enthusiasm." Previously, Andrea also starred in both seasons of Hulu’s 1/2-hour parody series ,"The Hotwives of Orlando" & "The Hotwives of Las Vegas" and has been featured in "The League," "Modern Family," "House of Lies" and "Kroll Show." She also starred in and wrote for the cult television classic "Dog Bites Man" on Comedy Central. On the film side, she recently starred in "Sumer 03. Additional film work includes "Stepbrothers," "The House,""Sleeping with Other People," "Dinner for Schmucks," "Life Happens" and "You're Not You." As a creator/writer/producer, Andrea has developed pilots for ABC, NBC, FOX and Comedy Central. Andrea wrote, produced and starred in both seasons of “Funny Or Die Presents” on HBO, as well as many other FOD videos, including the viral hit “Republicans Get In My Vagina!” that premiered on “The Bill Maher Show.” She also wrote the screenplay “Girls Weekend” for Castle Rock Films. Savage hails from stand-up and improv at the legendary Groundlings Theater.