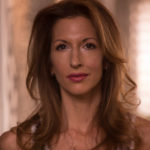 Alysia is best known for her role as Natalie "Fig" Figueroa on ORANGE IS THE NEW BLACK. Alysia won a SAG award as part of the amazing ensemble cast, she’s in all 5 binge-worthy seasons and is filming season 6 now. Additionally Alysia plays Sunny in F/X's critical hit and Peadbody Award winning BETTER THINGS, brought to you by the inimitable Louie CK and Pamela Adlon, Season 2 on f/x now and season 1 is on HULU. And don't forget to look for her in recent/upcoming episodes of BROAD CITY, YOUNGER, and ODD MOM OUT. Alysia just wrapped production as both a producer and star of motherhood dark comedy EGG, staring with Christina Hendricks and Anna Camp, and recently launched https://livariclothing.com/ - an eco- friendly, ethical and zero waste lux fashion line. On the film front, Alysia stars with Anna Gunn in EQUITY, the first ever female driven Wall Street film, which she also produced. The film premiered at Sundance in 2016, was acquired by SONY PICTURES CLASSICS, was in theaters worldwide, and is now available on demand and on iTunes. Additionally, it was nominated for 4 Women's Image Network awards and won best screenplay. EQUITY was Alysia's first feature as both actress and producer, but she has acted in countless critically acclaimed and award winning films and shows; dozens and dozens of episodes of television and over 30 features, working with film masters like “Sideways” director Alexander Payne, Jodie Foster, Richard Loncraine, Matt Weiner, Lee Toland Krieger, Wai-Keung Lau, and the amazing Meera Menon, the director of EQUITY. Alysia loves working as a change maker for women, and has been invited to THE WHITE HOUSE, THE UNITED NATIONS, S.H.E. SUMMIT, GOOGLE, CATALYST, WOMEN's MEDIA SUMMIT, FOUNDERS/COLLISION and CANNES LION to speak about breaking barriers for women in all fields. She was just awarded the MADE IN NYC award at the WIFT MUSE AWARDS, The PERSISTENCE OF VISION AWARD by the Women's Media Summit, and this past year she has been honored with the VOICE OF A WOMAN AWARD, the MOVES POWER WOMAN AWARD, the PIONEER IN FILMMAKING AWARD, and the FOUNDERS AWARD FOR SUPPORT. She was recognized as an INTELLIGENT OPTIMIST in Ode Magazine and profiled by New York Women in Film and Television as a woman to watch.